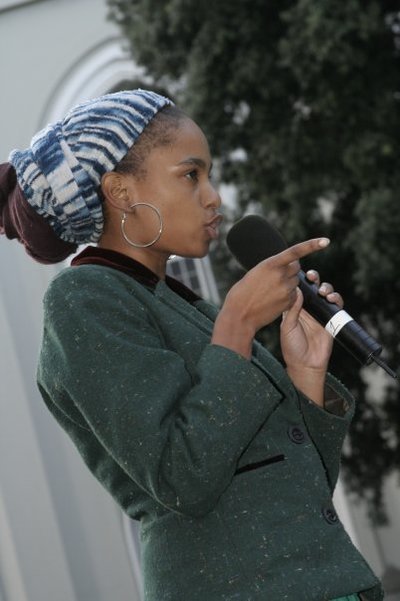 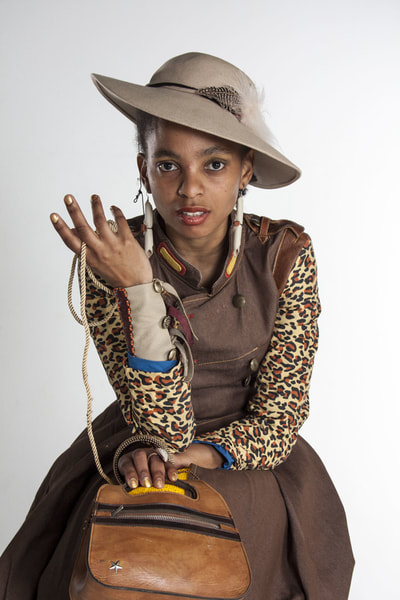 Dejavu Tafari has been involved in the performing arts since her high school days. Having discovered her abilities as a writer at an early age; she honed her skills in creative writing and used them as a means of social commentary, making a name for herself in the slam poetry scene as a writer and performer of note. Having completed a Live Performance course at Cape Town’s A.M.A.C in 2004 and gone on to further her studies in Theatre Performance at UCT, her work fuses elements of physical theatre; contemporary live performance; music and story-telling to deliver impassioned and poignant social commentary on issues such as spirituality; cultural heritage; child abuse; peer pressure; love and various other issues which affect the youth. She currently co-owns NTUTOPIA PRODUCTIONS - a township-based production company and uses this platform to generate theatre and television productions which focus on telling stories that empower the black youth demographic by reinforcing positive values. She has gained popularity within the Slam Poetry scene as a result of her consistent performances at events such as UNCUT (Cape Tech); AFRO (UCT); Kopano (Langa); All N.YZ (Guguletu); GOEMARATTI (Cape Town) and various other youth-oriented initiatives around the Western Cape. She has recently collaborated with an acoustic ensemble called the Umthwakazi Band; adding indigenous Xhosa music to her witty lyrics to create a kaleidoscope of experimental word-sound-power that has been well received by her widening audience base.
National Feature 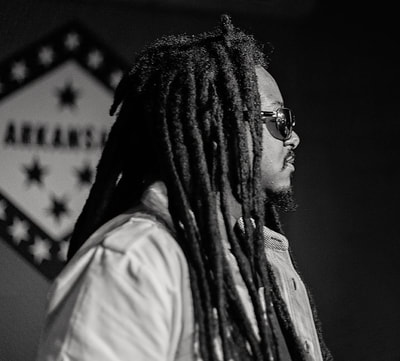 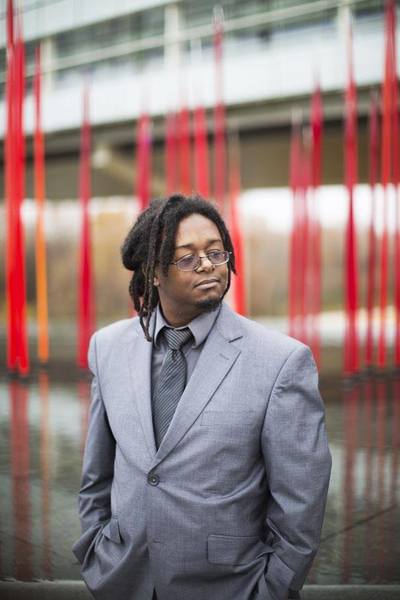 Formally educated in creative writing, The Mo-Man has spent over two decades touring the nation performing spoken word from poetry venues to universities.  From creation, to performance: poetry is his passion. His poetry is the marriage of the emotive to the ideal; of art and activism distilled down to the intense, the sublime, rooted deeply in change. Considered an architect of Arkansas Slam, and founder of the Rocktown Slam, his poetry has become a staple of the South.

He understands the power of words and has striven to share them with communities to continue to shape and build strong literary traditions of the South. Through arts and education he has spent the past decade improving literacy and literary art culture throughout country, bringing an innovative, engaging, and inclusive perspective to people of all ages.

The Mo-Man has recently moved to Washington, D.C. where he is already involved in Split This Rock and the Virginia Council for Arts.
National Feature 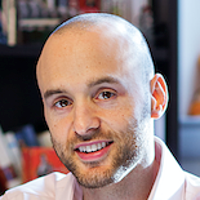 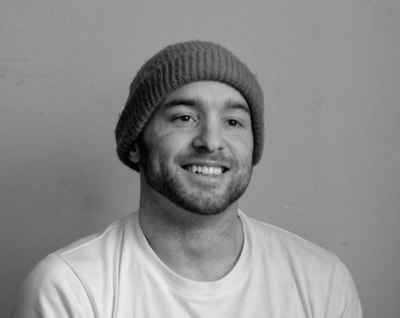 Cameron Conaway is a former MMA fighter, an award-winning poet and a creative writing instructor at Penn State Brandywine. While serving as the Poet-in-Residence at the Mahidol Oxford Tropical Medicine Research Unit in Thailand, Conaway wrote Malaria, Poems (MSU Press, 2014), the first full-length book of contemporary poetry about malaria’s impact on the world. He’s a Rotary International End Polio Now “HistoryMaker” and a former Executive Editor at The Good Men Project. He currently serves on the Editorial Board at Slavery Today.
State Feature 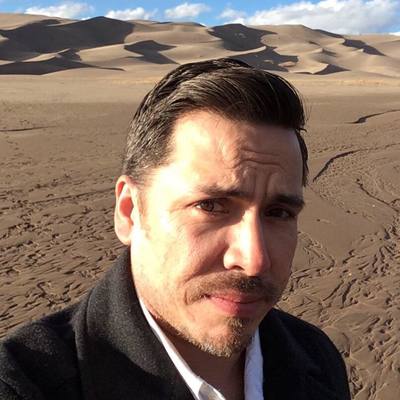 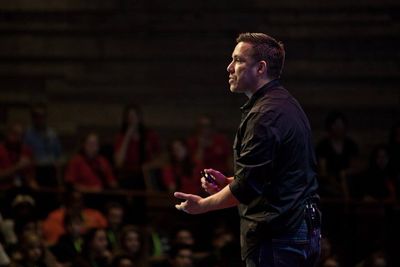 Individual World Poetry Slam Champion, European World Cup of Poetry Slam Champion and an HBO Def Poet.  In his extensive journey as a poet Joaquin Zihuatanejo has shared a stage with Maya Angelou, Billy Collins, E. Lynn Harris, Saul Williams and Alicia Keys among others.  The passion in his performance style and power of his writing has led many to consider him one of the most entertaining and compelling in the world.
State Feature 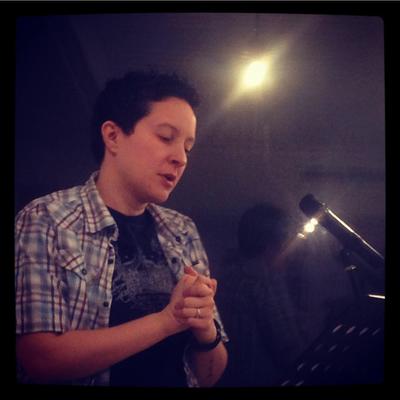 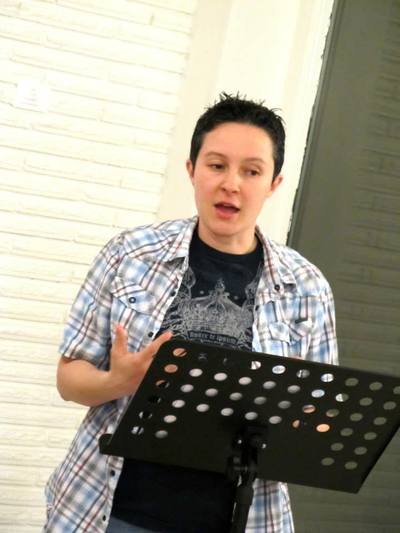 Sarah was born and raised in Houston, Texas. Writing for her came out of a desire to help others and has evolved into full blown insistence on changing the world. Her aim is to poetically fight for love and harness the type of tender violence needed to push love forward. She strongly believes that words have immeasurable power.

She was recently chosen as the featured poet for the Waco Poet’s Society and The Word Gallery. Her work has appeared in Catching Calliope, Elephant Journal, eFiction India, The Bitchin' Kitsch, Digital Papercut, and more. Her work is equal parts frustration, hope, anger, advocacy and love. At the heart of it, she's a stick-a-love-poem-in-your-back-pocket kind of poet.

She’s a huge advocate for animal welfare and works daily to combat pet overpopulation. She resides in Waco, Texas with her partner and their menagerie of 4-legged critters.
Local Feature 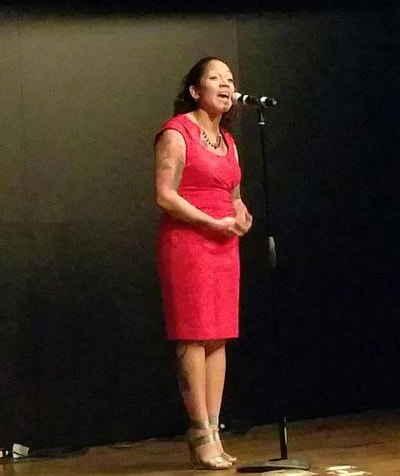 Jennine “DOC” Wright is a mother, writer, artivist and educator in Austin, Texas. She has competed in the Women of the World competition, Southern Fried competition and has been on multiple National Poetry Slam teams to include Killeen Poetry Slam that placed 2nd overall in the nation in 2012 and Neo Soul Poetry Slam coming in 1st in the nation in the group piece finals in 2013, 2nd in 2014, and 3rd in 2015. Jennine was the 2015 season slam champ for Austin’s Neo Soul. She currently teaches English at Huston-Tillotson University while serving as the Executive Director of the Speak Piece Poetry Project, a youth writing and poetry slam mentorship program. Jennine has one chapbook titled A Long Time Coming and a CD titled Real Talk. Doc focuses her writing on diverse topics to include race, gender, and identity. She will be starting work on her MFA in poetry this May.
Local Feature 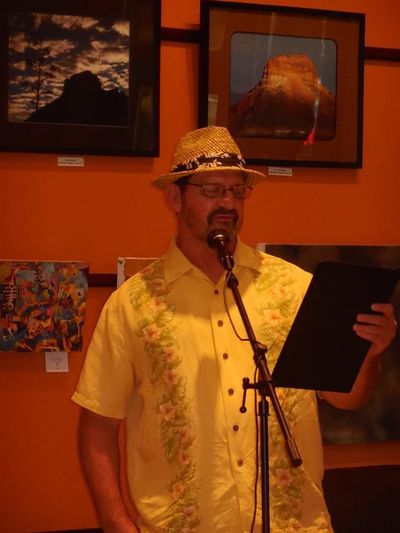 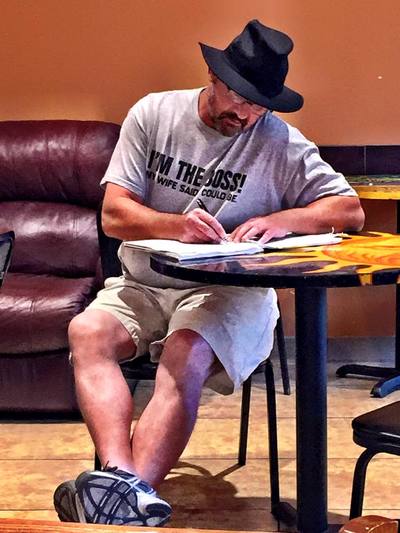 Michael D. Jones is a paraprofessional pedagogue and part-time professional pugilism professor who periodically posts his open mic performances under his youtube name of wickedenchanter. He hosts Poetry Plus, a bi-monthly open mic event held at the Cianfranni Coffee Company in Georgetown, Texas. Some of his poetry has been published in Best Austin Poetry, The Enigmatist and Blue Hole. He resides in Cedar Park, Texas, with his wife, son, two dogs and a small collection of gargoyles.